There are distinct differences in sleep patterns all over the world. Cultural values, traditions, biological needs, and environments all play a role in sleep habits and practices.

Number of Sleep Hours Needed by Region in the World

Our world has over 196 different countries, which means there's a big difference in bedtimes,  wake times, and other sleep habits. There are factors that play a role in the duration, timing, and regularity of sleep.

Scientists have been able to collect data on the world's sleeping patterns through a smartphone app that helps determine the number of sleep hours in different countries. Some data from the ENTRAIN app showed:

Getting enough restorative sleep is an important part of staying healthy, however, the Huffington Post reports that over a third of the U.S. population is sleep deprived.

Each state in the U.S. varied on the prevalence of healthy sleep duration and ranged from Hawaii at 56 percent to South Dakota at 72 percent.

Out of any population worldwide, Japanese people sleep the least with an average of only 6 hours and 22 minutes of sleep each night.

The quantity of sleep people get each night around the globe has been decreasing steadily since the 1970s. Many people think that the increase in technology -- our 24/7 world,  has something to do with it since it disrupts our sleep frequently. However, in other cultures, like Spain, sleep deprivation is made up through the common tradition of siesta (afternoon nap).

Your Biological Need for Sleep

Although the question of why we need sleep is often difficult to answer, scientists have come up with a few theories that could help explain why a third of our lives is spent sleeping. Learning these theories can give you a better understanding of the function of sleep in your life.

Although you probably aren't thinking about why you sleep, you most likely realize that adequate sleep helps you feel better. You feel more energetic, alert, and happier and are able to function better the following day.

The several theories that scientists have come up with are based on research on humans and animals and what happens when they're deprived of sleep. They've examined the sleep patterns in various organisms to seek the differences or similarities between species that could show something about the function of sleep.

Some theories scientists have come up about sleep and our biological needs include:

The Differences of Culture and Sleep

You may think that people all over the world sleep on soft and bouncy mattresses. In reality, however, the United States and other wealthy western cultures stand apart when it comes to sleeping environments. Expensive mattresses aren't used in the majority of cultures due to socioeconomic factors.

Many Japanese people sleep on tatami mats that are made of wood chipboards, rice straw or polystyrene foam. South and Central Americans sleep in hammocks made of twine, rope, or cloth. In locations that are threatened by malaria (such as Mali, Ethiopia, Tanzania, Senegal, Uganda and other Saharan African countries) they utilize nets to surround their beds. 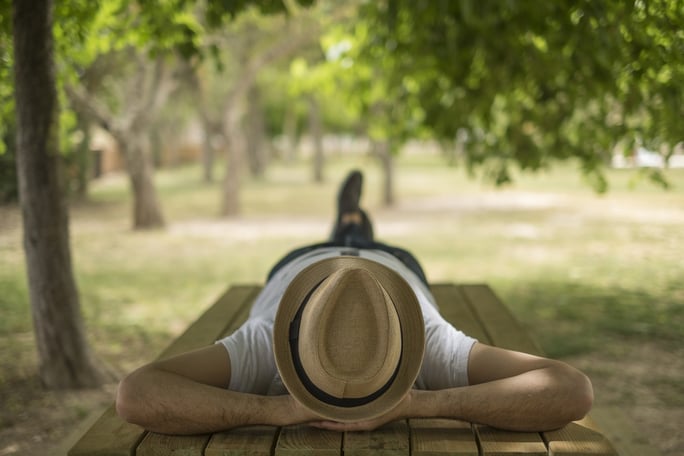 According to The National Sleep Foundation, the siesta (afternoon nap) is a Spanish tradition that dates back to thousands of years. It's believed to have originated to provide farmers a chance to get some rest and restore their energy in hot climates.

Today, however, Spain and other European countries use these afternoon naps to go home, each lunch with their family, and take a nap in accordance with their circadian rhythms. Most people's bodies get tired naturally in the early afternoon, so sleep professionals may suggest that people in other countries have siestas regularly.

This Spanish tradition actually dates back to ancient Islam and was written about in the Koran and recorded in Islamic Law. Afternoon snooze sessions were also enjoyed by the Romans.

Here in the U.S., we call these “siestas” naps, though they occur at any time of the day, not necessarily only in the afternoon.

For many mothers and babies worldwide, co-sleeping is a normal practice. In most of southern Europe, Africa, Asia and 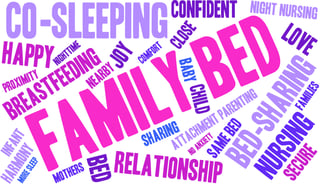 There are different practices of co-sleeping around the world. In the Philippines, Latin America and Vietnam, the baby sleeps in a hammock next to the parent's bed. In Japan, many parents sleep on straw mats, bamboo or futons next to their babies. Others place their infants in wicker baskets in their beds.

Co-sleeping is even more common in the United States than some believe. Studies show an increase in bed sharing between parents and babies from 1993 to 2000 by up to 12. 8 percent from the 5.5 percent.

Many say the practice facilitates breastfeeding and bonding on demand, reducing stress in both mother and baby. It's believed to regulate the baby's physiological functions and breathing and is a good method of keeping both the baby and mother warm at night if nothing else.

Sleeping on the Job 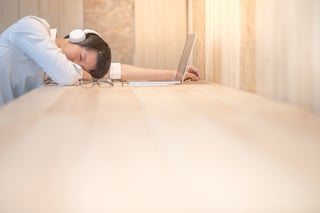 As mentioned, Japanese people sleep less than seven hours a night after a day of hard work, which is why the majority of Japanese workers engage in "inemuri". This is a cultural tradition that means napping on the job. It showed in earlier times that a person was exhausted from working so hard.

Workers can benefit with on-the-job naps. NASA researchers found that a nap helps with working memory. This is the memory that allows you to focus on a single task as you keep other tasks in the back of your mind. This type of memory is an essential brain function. Interestingly, astronauts sleep up to 2.5 hours less in space than they do on earth.

In the U.S. one in five Americans report sleeping less than six hours a night during the workweek because napping on the job is prohibited. This is substantially less than Canadian residents.

Around a third of the UK population sleeps naked. In a study, half of the respondents in 6 countries (U.S. Canada, Japan, Germany, Mexico, UK) report sleeping in their pjs. Sleeping naked actually has some benefits such as bonding with your partner and better temperature regulation. Thirty-three percent of those in the United Kingdom sleep naked, reports the National Sleep Foundation. 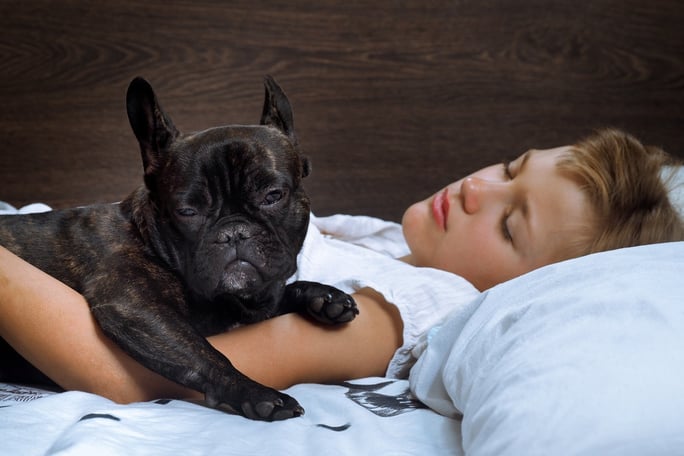 In the U.S., sleeping with your pet is common. More in three in five Americans have at least one pet. Time Health reports around 71 percent of these people allow their pets to sleep in their bed, at least occasionally, based upon a 2015 Harris Poll. But, this bedtime sleep habit can actually disturb the pet owner's sleep. Others say that sleeping with their pets provides them with happiness, warmth, and relaxation promoting a good night's sleep.

There you have it; evidence that sleep is more than just a biological phenomenon. It's rooted in our lifestyles, cultures, and habits deeply.

Kevin Asp is the President and Founder of inboundMed and SomnoSure. He is the past founder and President of Alaska Sleep Clinic, touted as the most trafficked sleep center website in the world.